The Center would like to alert/remind you that the University of Maryland Center for Health Equity (M-CHE) is accepting applications for the inaugural Public Health Critical Race Praxis Institute, scheduled for February 17-19, 2014!

The Institute will be a 3-day intensive workshop  focused on how best to utilize Critical Race Theory (CRT) and Public Health Critical Race praxis (PHCRP)  to help eliminate racial and ethnic health disparities.  The founders of Public Health Critical Race Praxis, Chandra Ford, Assistant Professor at the UCLA School of Public Health and Collins Airhihenbuwa, Professor at Pennsylvania State University along with other premier theorists and practitioners will lead a series of didactic and interactive presentations, small group think tanks, and cultural experiences designed to expose how race and racism in contemporary American society operates in a social and economic context fueling persistent discrimination toward racial and ethnic minority populations and contributing to their premature morbidity and mortality.

Who should apply? Health and social science scholars and researchers interested in learning how to incorporate the principles of Public Health Critical Race Praxis into their work.  Applications from post-doctoral fellows and junior and senior faculty engaged in research on minority health, health disparities, and health equity are highly encouraged to apply.  Current and former NIMHD Loan Repayment Scholars are also especially encouraged to apply.

What will I get? Accepted candidates will receive support to cover the cost of the program, food, and accommodations for three nights.  Scholars will be expected to make their own travel arrangements and cover those expenses.   Up to 20 scholars will be selected to attend this inaugural 2014 institute, which will be held at the Marriott Inn and Conference Center on the campus of the University of Maryland, College Park.

How do I apply? Online applications are currently being accepted at: http://www.healthequity.umd.edu/events_2013_august5.asp.

Applications are due November 15, 2013.  Selected scholars will be notified of their acceptance by December 13, 2013. 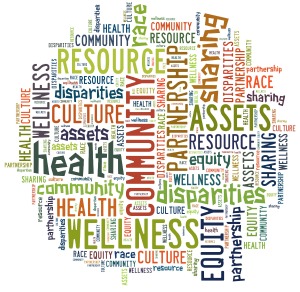